Emerald is the bluish green to green variety of beryl, a mineral species that includes aquamarine. 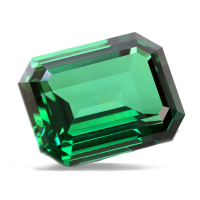 Emerald is the green to greenish blue variety of beryl, a mineral species that also includes aquamarine as well as beryls in other colors.

Gem experts differ on the degree of green that makes one stone an emerald and another stone a less-expensive green beryl. Some people in the trade tend to give the name emerald to any green beryl colored by chromium. But to most gemologists, gemological laboratories, and colored stone dealers, it is more correct to call a stone green beryl when its color is “too light” for it to be classified as emerald. Even among that group, however, there’s a difference of opinion about what’s considered “too light.”

agi uses lab-graded comparison stones to determine if the green color is dark enough and saturated enough to be called emerald.

As the gem of spring, emerald is the perfect choice as the birthstone for the month of May. It’s also the gem of the twentieth and thirty-fifth wedding anniversaries. 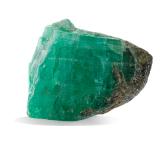 Emerald’s lush green has soothed souls and excited imaginations since antiquity. Its name comes from the ancient Greek word for green, “smaragdus.” Rome’s Pliny the Elder described emerald in his Natural History, published in the first century AD: “…nothing greens greener” was his verdict. He described the use of emerald by early lapidaries, who “have no better method of restoring their eyes than by looking at the emerald, its soft, green color comforting and removing their weariness and lassitude.” Even today, the color green is known to relieve stress and eye strain.

There are other green gems, like tourmaline and peridot, but emerald is the one that’s always associated with the lushest landscapes and the richest greens. Ireland is the Emerald Isle. Seattle, in the US state of Washington, is the Emerald City. Thailand’s most sacred religious icon is called the Emerald Buddha, even though it’s carved from green jadeite. 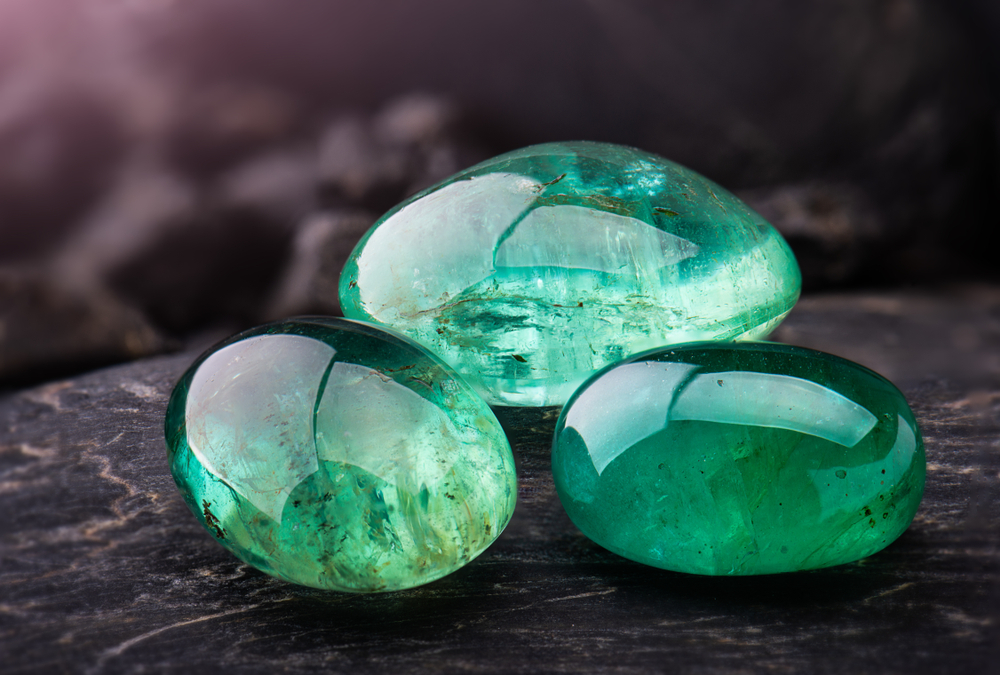 The first known emerald mines were in Egypt, dating from at least 330 BC into the 1700s. Cleopatra was known to have a passion for emerald, and used it in her royal adornments.

Emeralds from what is now Colombia were part of the plunder when sixteenth-century Spanish explorers invaded the New World. The Incas had already been using emeralds in their jewelry and religious ceremonies for 500 years.

The Spanish, who treasured gold and silver far more than gems, traded emeralds for precious metals. Their trades opened the eyes of European and Asian royalty to emerald’s majesty.

Emerald is the most famous member of the beryl family. Legends endowed the wearer with the ability to foresee the future when emerald was placed under the tongue, as well as to reveal truth and be protected against evil spells. Emerald was once also believed to cure diseases like cholera and malaria. Wearing an emerald was believed to reveal the truth or falseness of a lover’s oath as well as make one an eloquent speaker.

Legend also states that emerald was one of the four precious stones given by God to King Solomon. These four stones were said to have endowed the king with power over all creation.

Its color reflects new spring growth, which makes it the perfect choice of a birthstone for the month of May. It’s also the gemstone for twentieth and thirty-fifth wedding anniversaries.

Few people outside the gem industry realize the true nature of a gemstone’s journey from the mine to the counter of a store. Whether the gem is being offered to consumer’s at a traditional jewelry store’s counter, an internet shopping site, or a television broadcast the journey always involves a great deal of effort. Tons of earth and countless hours of labor are needed to being a gem from mine to market. 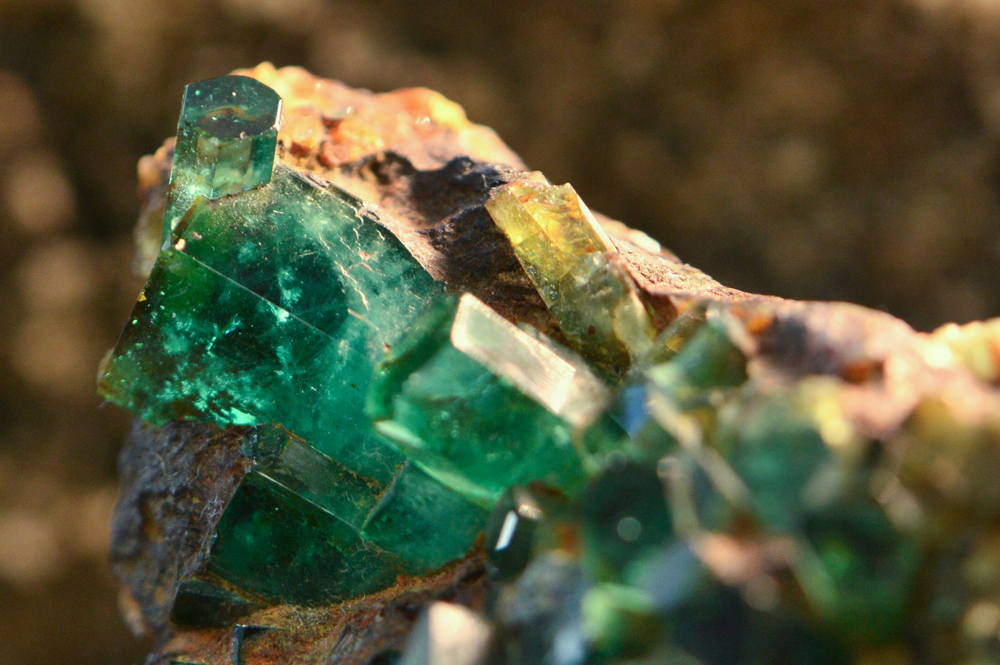 The best emerald crystals are gorgeous flat-topped green hexagonal columns that are as beautiful as faceted stones.

The first known emerald mines were in Egypt. It is believed that these mines were worked as early as 3500BC.

The most desirable emerald colors are bluish green to pure green, with vivid color saturation.​

In Emerald expect to see inclusions that dealers like to call an internal “jardin,” or garden.​

Because its density is lower, a one-carat emerald will appear larger in size than a one-carat diamond​