According to legend, Vikings used iolite slices to reduce glare when checking the sun’s position. 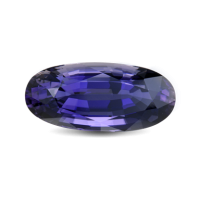 When tanzanite was first discovered, gemologists initially suspected it might be cordierite, a transparent, pleochroic, violet-blue gem known for thousands of years. Today, cordierite (named after geologist Pierre Cordier) is better known by its trade name, iolite, which comes from the Greek word “ios,” meaning “violet.”

Iolite’s strong pleochroism makes the gem tricky to cut for best color. This in turn continues to pose challenges to producers and buyers interested in promoting the attractive yet problematic gem to retailers as an affordable blue-gem alternative.

Iolites are usually cut as faceted gems, but they are also frequently cut into cabochons. The size range for a fashioned iolite is anywhere from 1 to 10 carats. Fine iolites over 5 carats are rare.

Iolite is the gemstone for the twenty-first wedding anniversary.

Iolite falls at 7 to 7.5 on the Mohs hardness scale, but given that it has distinct cleavage in one direction, its toughness is only fair. This makes iolite vulnerable to breakage when set in a ring or other setting exposed to rough daily wear. 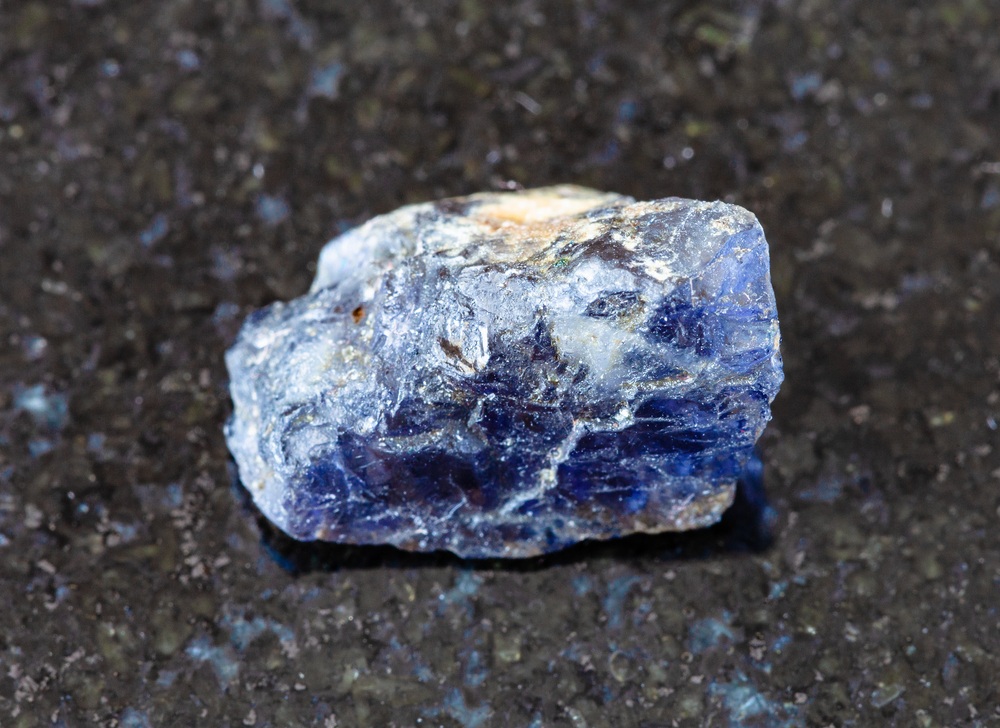 Unlike tanzanite, iolite is rarely treated. Fine iolite comes by its beautiful blues and violets naturally. Its freedom from enhancement other than normal cutting and polishing is a selling point when customers consider that most blue gems, from inexpensive blue topaz to fine sapphire, receive routine treatment of one type or another.

Of course, not all iolite shows fine color. Some gems can look grayish or nearly colorless. If the trade were able to treat these less desirable iolites to produce a better, more salable color, it would.

However, iolite’s chemistry won’t allow it. Interestingly, the deep blues of some iolites are thought to have the same cause (an iron-titanium charge transfer) as the blue in sapphire. Unlike sapphire, however, iolite can’t be heat-treated to intensify its blue color because its low melting point won’t tolerate the high temperatures to which corundum is routinely subjected. 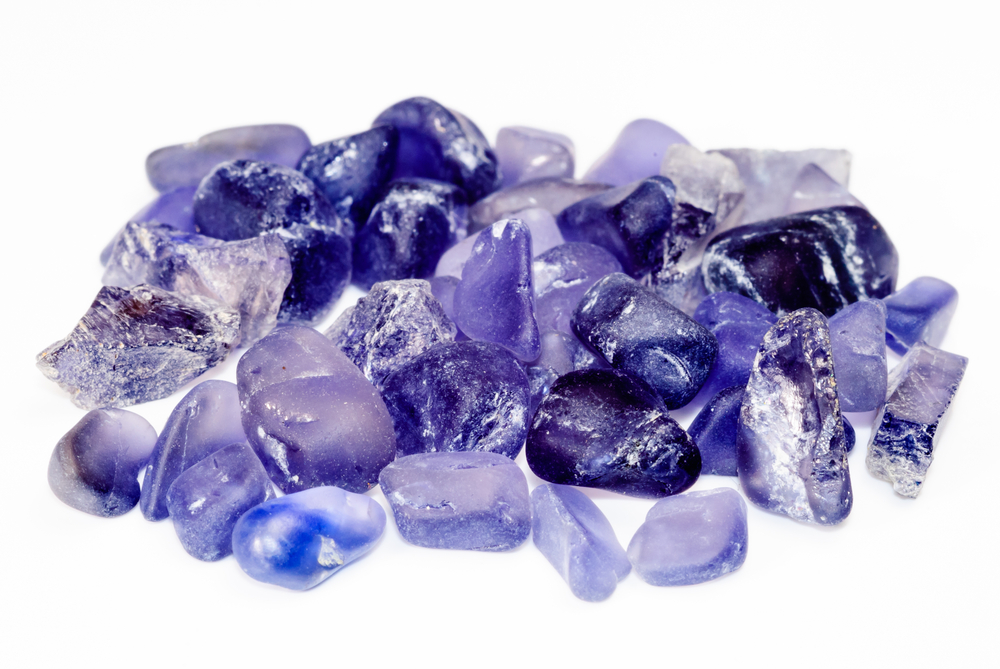 Because iolite is fairly hard it’s often found in alluvial deposits. In addition to the gem gravels of Sri Lanka, iolite occurs in several areas of Africa, including Kenya and central Tanzania. Other iolite source countries include India, Brazil, and Norway. A significant iolite deposit was discovered in Madagascar in 1994.

Iolite has yet to catch on with retailers as dramatically as tanzanite did in the 1970s and 1980s. Why not? Experts believe that jewelry designers and retailers have yet to see a consistent enough supply of iolite in uniform fine quality to feel confident in ordering a broad and deep selection of the material for their workshops and stores. 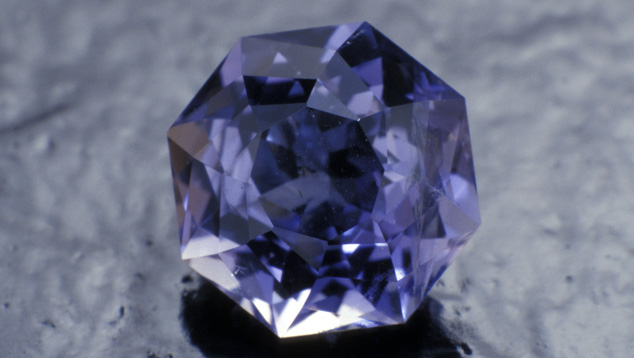 According to legend, iolite is called the Viking Compass Stone. It’s said that thin slices of iolite served as glare-reducers and polarizing filters that helped ancient Viking navigators locate the sun on cloudy days. This allowed the Nordic mariners to pinpoint their own location on the seas.

The name iolite comes from the Greek word ios, meaning “violet.” Some believe that the gem aids sleep and helps to unlock creativity. Iolite is often cited as the twenty-first wedding anniversary gemstone.

In its best colors, iolite can rival the beauty of tanzanite but at a fraction of the cost.

Iolite’s beautiful violet-to-blue hue is due to the presence of iron in its structure.

Iolite’s most desirable colors are in the violetish blue to fine blue range.

Iolite is most often faceted, as this cutting style serves to highlight its fine transparency.

Fine-quality faceted iolites over five carats are relatively rare in the market.