Found in lava, meteorites, and deep in the earth’s mantle, yellow-green peridot is the extreme gem 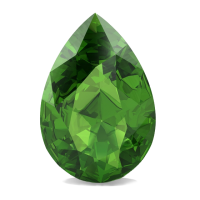 Gem miners find peridot as irregular nodules (rounded rocks with peridot crystals inside) in some lava flows in the United States, China, and Vietnam and, very rarely, as large crystals lining veins or pockets in certain types of solidified molten rock. Sources for the latter include Finland, Pakistan, Myanmar, and the island of Zabargad.

Geologists believe both types of deposits relate to the spreading of the sea floor that occurs when the earth’s crust splits, and rocks from its mantle are pushed up to the surface. Sometimes—as in Myanmar— these rocks can be altered, deformed, and incorporated into mountain ranges by later earth movements.

Rarely, peridot can have an extraterrestrial source, being contained in meteorites that have fallen to earth.

The color range for peridot is narrow, from a brown-green color to yellowish green to pure green. Yellowish green is the most common peridot color seen in jewelry.

Peridot is the birthstone for August and the 15th anniversary gemstone. 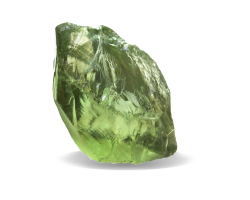 Peridot is the gem variety of the mineral olivine. Its chemical composition includes iron and magnesium, and iron is the cause of its attractive yellowish green colors. The gem often occurs in volcanic rocks called basalts, which are rich in these two element.

Peridot has always been associated with light. In fact, the Egyptians called it the “gem of the sun.” Some believed that it protected its owner from “terrors of the night,” especially when it was set in gold. Others strung the gems on donkey hair and tied them around their left arms to ward off evil spirits.

The word peridot comes from the Arabic “faridat,” which means “gem.” Most peridot formed deep inside the earth and was delivered to the surface by volcanoes. 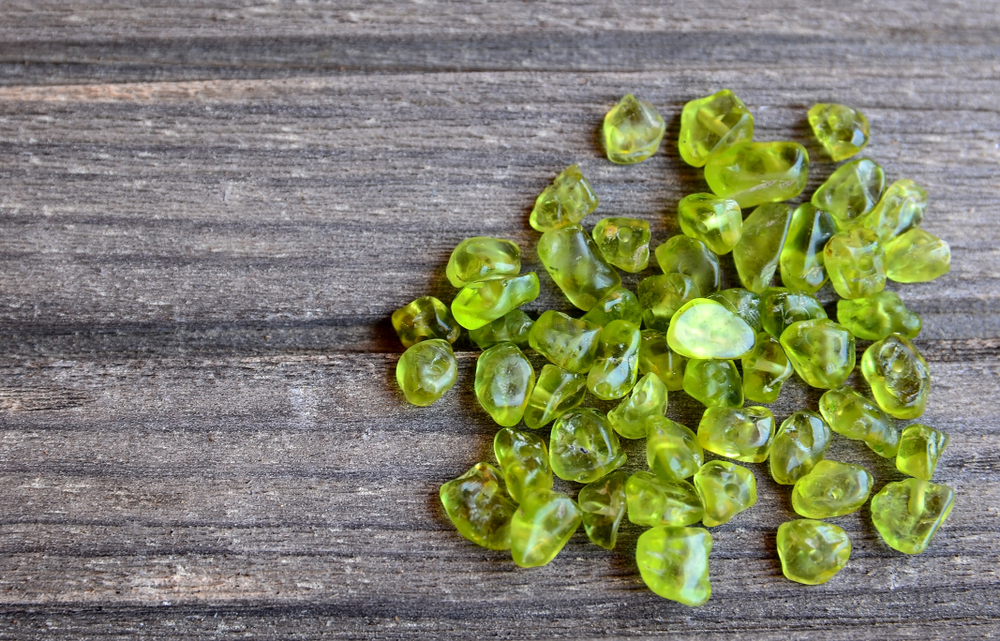 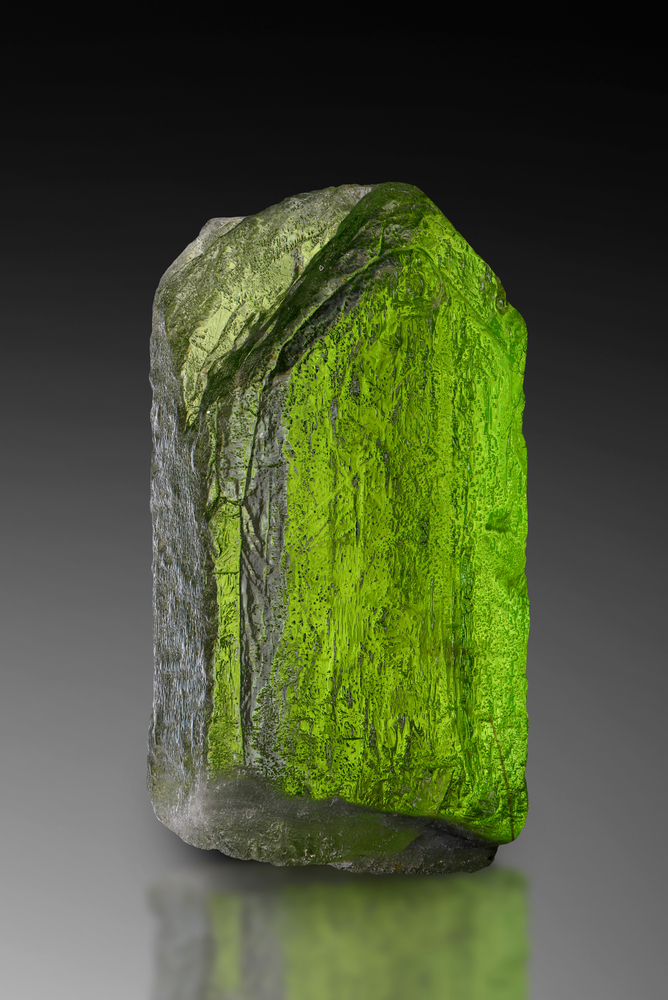 Some also came to earth in meteorites, but this extraterrestrial peridot is extremely rare, and not likely to be seen in a retail jewelry store.

Early records indicate that the ancient Egyptians mined a beautiful green gem on an island in the Red Sea called Topazios, now known as St. John’s Island or Zabargad. Legend has it that the island was infested with snakes, making mining unpleasant until an enterprising pharaoh drove them into the sea.

From the earliest times, people confused this stone—now known to be peridot—with other gems. It was one of many labeled as “topaz.”

Some historians believe that Cleopatra’s famous emerald collection might actually have been peridot. People in medieval times continued to confuse peridot with emerald. For centuries, people believed the fabulous 200-ct. gems adorning the shrine of the Three Holy Kings in Germany’s Cologne Cathedral were emeralds. They are, in fact, peridots.

Peridot crystals are found in meteorites: some rare extraterrestrial crystals are even big enough to facet as cut gemstones.

Most gems are colored by impurities such as iron. Peridot’s color is intrinsically yellow-green. Higher-quality stones have an intense color.

Peridot has extremely high double refraction: when you look closely through the gem, you can see two of each pavilion facet.

Beautiful, yellowish green peridot has been treasured since earliest times.

Most fine peridot is eye clean. Tiny black spots might be visible with magnification.

Peridot is cut in a wide variety of styles, including ovals, emerald cuts, and cushions.

Large crystals of peridot have cut gems more than 50 carats in size.