Rose quartz is a quartz variety that gets its name from its delicate pink color. 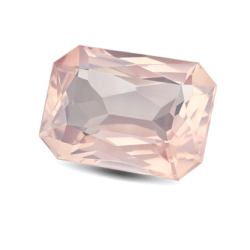 People accept a certain amount of sand, dirt, and dust as ordinary ingredients in their lives. What they might not be aware of is that those substances are mostly quartz, one of the most common minerals on earth.

Rose quartz is one of the many quartz varieties used as a gem material. It gets its name from its delicate pink color, which ranges from very light (almost white) to medium-dark. The most appealing color typically occurs in larger sizes, and small rose quartz specimens with good color tend to be rare. Rose quartz is always found in massive form, so it lacks regular, flat crystal faces. It’s typically found in pegmatites, but also occurs in hydrothermal veins.

Research has shown that rose quartz owes its delicate pink color to microscopic inclusions of aligned silicate mineral fibers. Advanced testing has shown that they’re generally similar—but not identical—to the mineral dumortierite. The fibers likely crystallized out as the host gem cooled, and they’re aligned according to the crystal directions of the rose quartz.

Rose quartz has been recognized as the gem that commemorates the fifth wedding anniversary. 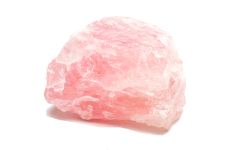 This pastel gem’s inclusions give it a characteristic cloudy translucence, so it’s generally cut into beads and cabochons. Sometimes, the inclusions produce a six-rayed star if the fashioned gem is cabochon-cut and correctly oriented. Fine examples show a distinct, sharp, star floating above even pink bodycolor. The most transparent rose quartz rough might be faceted. Cutters can intensify the delicate color by applying concave facets and cutting gems in larger sizes. 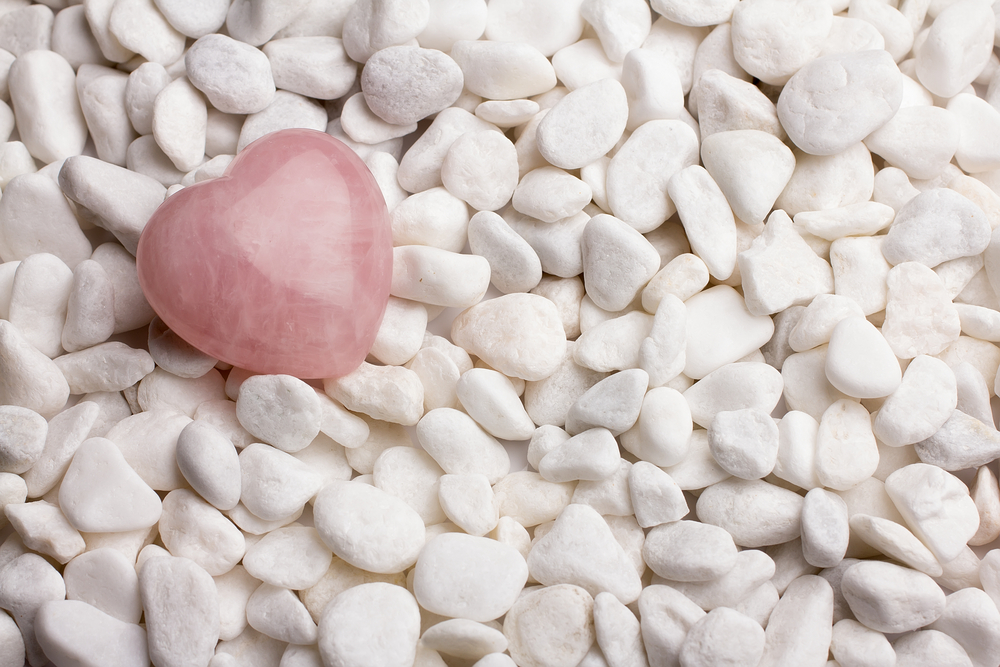 Besides the typical cloudy rose quartz, which is colored by inclusions, there’s a type of transparent quartz that owes its pink color to a different mechanism. Some in the trade call it “pink crystalline quartz,” “crystalline rose quartz,” or simply “pink quartz.” Compared to massive rose quartz, it’s exceptionally rare. It might occur as beautiful clusters of transparent, well-formed crystals. The finest examples are from Brazil, especially a deposit near Galiléia, located near Governador Valadares in the state of Minas Gerais. The best are often left as mineral specimens, which can command high prices at auction. In 2013, a superb example called La Madona Rosa (the Pink Madonna) sold for $662,500.

This specimen measures 15.5 x 8 inches (39 x 20 cm) and features a core of smoky quartz that resembles a human form surrounded by a glittering halo of transparent pink quartz crystals.

Material from some of these deposits will fade when exposed to natural light, but its color can be restored by irradiation. Research by Russian crystal growers on synthetic pink quartz has demonstrated a color-causing mechanism, which can cause results very similar to the natural material. Growers produce pink color in transparent synthetic quartz by growing it with impurities of aluminum and phosphorous. Some of these impurities replace silicon in the quartz lattice. Subsequent irradiation produces color centers that give the crystal its pink color.

Rose quartz beads dating back to 7000 BC have been found in the area once known as Mesopotamia (today’s Iraq). Rose quartz jewelry was known to be crafted by the Assyrians around 800-600 BC. The Assyrians, along with the Romans, might have been the first to use this stone. People in the earliest recorded times believed in the magical powers of quartz. 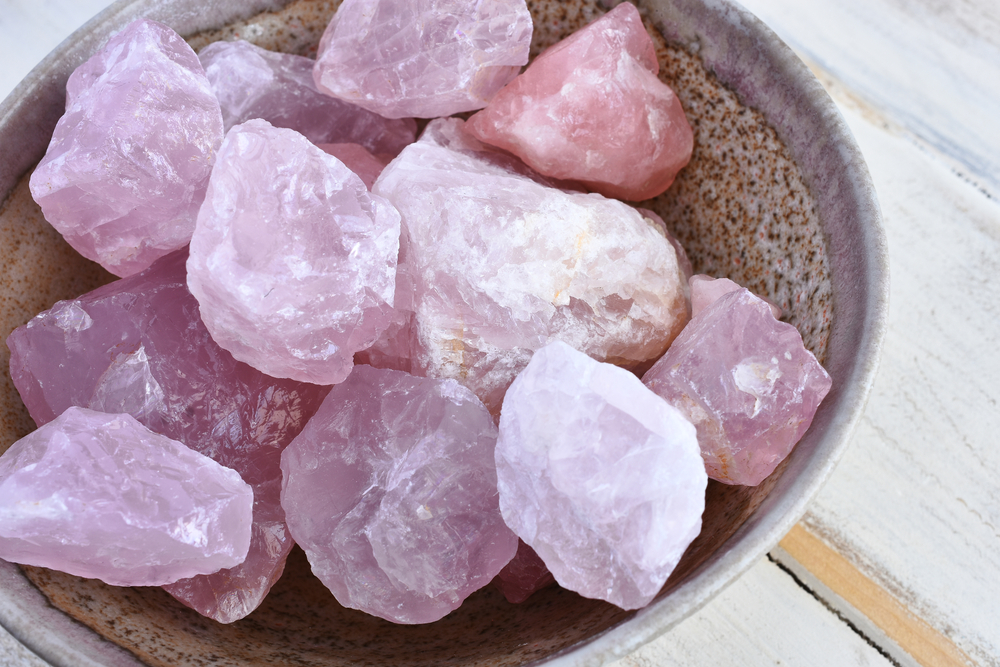 In the Middle Ages, medical practitioners used quartz in their healing potions. Early cultures of the Americas used quartz amulets. Known as the “love stone,” it was said to balance the emotions and to heal anger and disappointment.

When rose quartz contains numerous small inclusions, it can show a cat’s-eye or the more common star effect.

Rose quartz has been popular with gem carvers for producing figurines and other small decorative objects.

Rose quartz comes in a range of delicate shades, from very light to medium-dark pink.